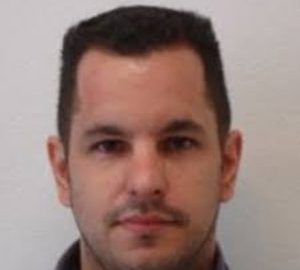 Dr. Konstantinos Rogdakis is a project manager at the Nano@HMU group. He received his undergraduate degree in Applied Mathematics and Physical Sciences and his master’s degree in Microsystems and Nanodevices both from National Technical University of Athens (NTUA), Greece in 2005 and 2006, respectively. He obtained his doctoral degree in nanoelectronics in January of 2010 from Grenoble Institute of Technology, France. From 1/2010 until 6/2013, he was a post-doctoral researcher in FORTH Institute, Greece working on novel oxide interfaces/superlattices. For the following two years, he moved to CNRS Institut Néel, Grenoble, France working on GaAs based quantum-bits. From 03/2017-06/2018 he was a research associate in London Centre for Nanotechnology in UK studying magnetization dynamics in superconductive/ferromagnetic interfaces. He has 20 SCI publications and more than 400 citations.